During a recent talk at the FOSDEM conference, VLC‘s lead developer gave us a sneak peek at changes coming to the open source, cross-platform media player in the coming year.

Under the hood VLC 4.0 will have some changes to the way video is handled, there will be support for 3D and VR, and the media library that’s already included in VLC for Android is coming to other platforms (as an optional feature).

But the most noticeable change? VLC is getting a new user interface. 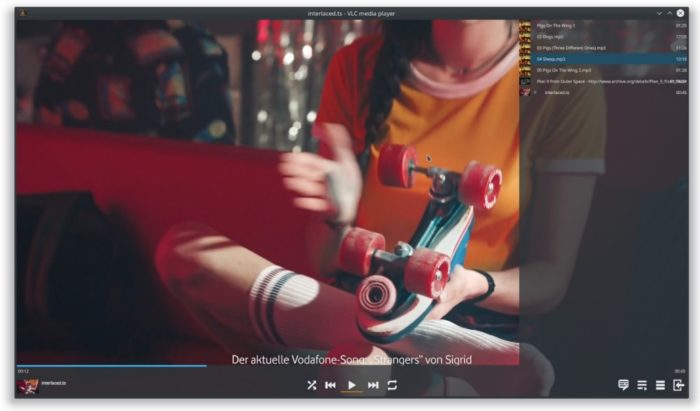 VLC has long been known as a Swiss Army Knife media player that can handle just about any audio or video file. But it also looks a bit like something that was designed for Windows 95.

The new user interface is still a work in progress, but VLC developers have shared a few mockups showing what it looks like so far. The updated UI brings more modern features including a semi-transparent overlay so you can see menu items and controls on top of a video, for example.

The UI will also follow design cues from different platforms, so the Windows 10 version should look like a native Windows app, while there are also versions for Android, iOS, and GNU/Linux desktop environments including Gnome and KDE.

Like the media library, users will be able to choose whether to enable or disable menus.

Other new features coming to VLC 4.0 include:

VLC is also dropping support for some older operating systems, so in order to run VLC 4.0 you’ll need to be running:

7 replies on “VLC 4.0 will have a new user interface (and other upcoming changes)”