VLC has a reputation as a Swiss Army Knife of video players, thanks to the ability to play just about any audio or video file you throw at it. It’s also available for a bunch of platforms including Windows, Mac, Linux, iOS and Android.

While the Android version sort of lagged behind the desktop app in features in its early days, recent versions of VLC have become pretty powerful and versatile, and I replaced MX Player with VLC on my phone around a year ago.

Now VLC 2.5 is just about ready to go, and it adds even more features. You can download the latest version of VLC from the Videolan website, but it should also roll out to the Google Play Store soon. 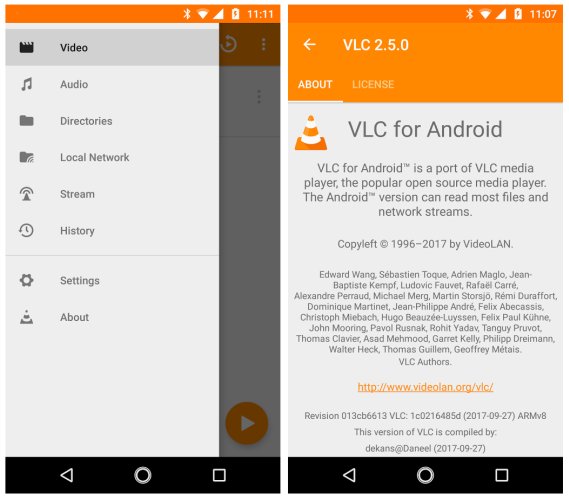 As noted by the folks at /r/Android, VLC 2.5 adds support for 360 degree videos, picture-in-picture mode in Android 8.0, and support for Android Auto. There’s also an option to resume your position in audio files tagged as audiobooks or podcasts.

VLC for Android TV also supports picture-in-picture and has an improved theme.

You can find more changes, including details about bug fixes in the release notes.

One feature that’s not included? Chromecast support. If you want to stream content from your phone to a Google Cast-enabled device, you’re probably going to need an app like AllCast or LocalCast that’s designed specifically for streaming content directly from a phone to a Chromecast.