Vizio is best known for making inexpensive but fairly reliable consumer electronics, often with middle-of-the-road specs. But there’s nothing middling about the company’s upcoming 10 inch tablet. 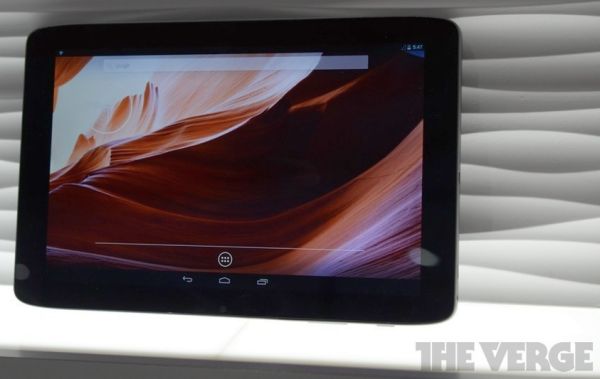 In other words, imagine the Google Nexus 10 tablet, and then give it four CPU cores instead of two and tack on a graphics processor with 72 cores for good measure.

The new Vizio 10 inch tablet features 32GB of storage, micro HDMI, mini USB, WiFi, Bluetooth, and front and rear cameras. It will run Google Android 4.2 at launch, but the device Vizio showed The Verge this week is currently running Android 4.1.

Vizio hasn’t yet announced a release date or price for the upcoming tablet.