While Vizio’s upcoming 10 inch tablet looks like a top tier device with a bleeding edge processor, the company also has something new for folks interested in something a little smaller (and cheaper). 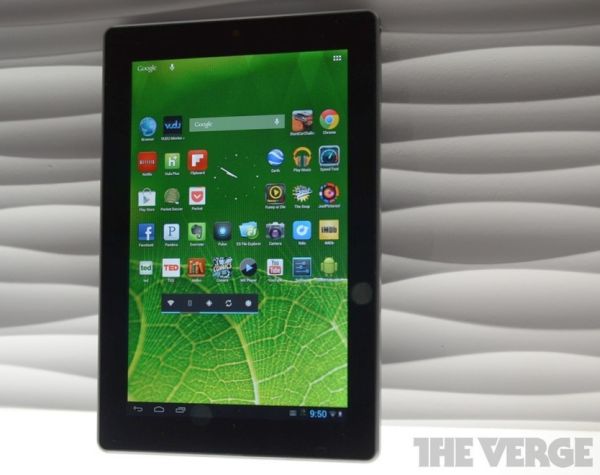 The Verge reports the 7 inch tablet will have 16GB of storage, a 1.2MP camera, and Google Android Jelly Bean software.

According to The Verge, the tablet feels a bit smaller and the screen looks a bit better than the Nexus 7. But until Vizio spills details about the price, so it’s tough to say at this point which tablet represents the better value.

The Vizio 7 inch Android tablet should be available in the first half of 2013.