Vizio is updating is notebook lineup to with a little splash of Windows 8. The new models will launch this fall, and in addition to Windows 8 software, they’ll have touchpads with support for Microsoft’s new multitouch gestures.

The company is also introducing new all-in-one desktop PCs with 24 inch and 27 inch touchscreen displays, but Vizio isn’t adding touchscreens to any of its notebooks. 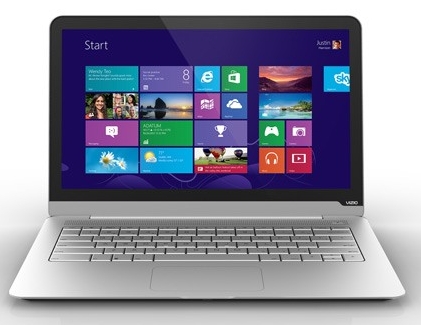 Vizio is showing an $849 price tag for a model with an Intel Core i5-3317U CPU, but cheaper models might also be available. The Windows 7 version of this model has nearly identical specs, but Vizio shows a list price of $800 and a “special price” of $600 — but the ultrabook is currently out of stock at Vizio’s website. 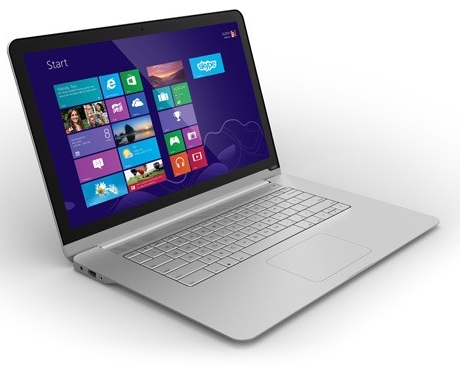 For the most part the larger, higher resolution display is the only thing that separates it from the smaller model. It has the same SSD, ports, and memory. Vizio does give the 15.6″ model a slightly bigger 52 Whr battery to help provide the same 7 hours of run time.

There’s a bit more room to the left and right sides of the keyboard though, and the laptop is a little bigger and heavier, measuring 14.9″ x 9.9″ x 0.7″ and weighing about 3.9 pounds.

If you’re looking for something a little more powerful and aren’t hung up on labels like “ultrabook”, Vizio has one more Windows 8 laptop. 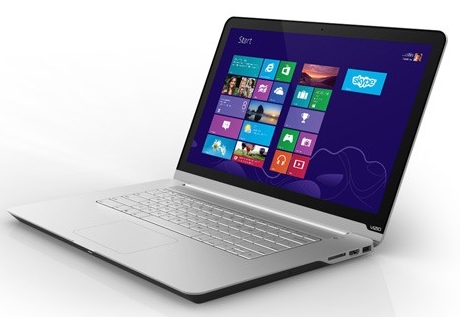 It’s a just a little bit too big too be an ultrabook, measuring 0.86″ thick and weighing 5.3 pounds, but the included 76 Whr battery should still provide up to 7 hours of battery life.

All those extra features will cost you though. This model has a list price of $1199.