A Chromecast is a good, cheap way to upgrade a “dumb” TV. So good, in fact, that Vizio decided to save you the hassle of buying one and just ship TVs with Google Cast functionality built right in. 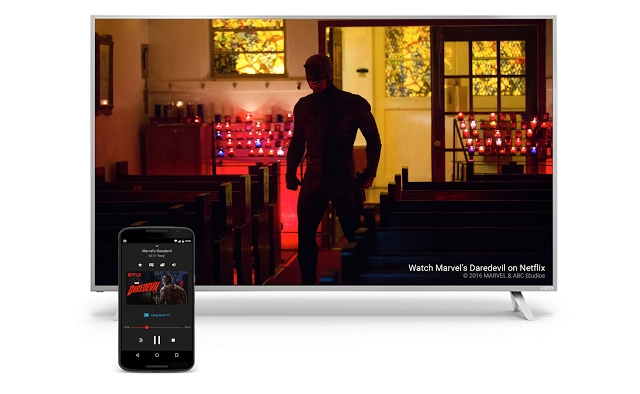 It’s a particularly welcome addition if your entertainment center is already packed with devices fighting for HDMI inputs and you’d rather not give one up for a dongle. Connect one of their high-end, Ultra HD P-series TVs to your network and you can zap content to it just like you can to one of Google’s $45 HDMI sticks. Firing up a stream from Hulu, Netflix, MLB.tv, or even mirroring your Chrome browser tabs is as simple as tapping a button on your phone or tablet. A tablet, say, like the six-inch one Vizio includes with their P-Series TVs instead of a remote control.

You can stream music, too, if you’re down pumping audio through your television’s speakers. Vizio does have a slightly better option, though: cast it to one of their soundbars instead. Vizio’s new audio gear will offer support for Google Cast, too.

They’re actually one of five companies that recently signed on to ship products with Google Cast built in. Bang & Olufsen is adding it to their B&O Play “one-piece music systems,” and Harman Kardon, Onkyo, and Philips are also getting in on the action.