Vizio is updating its thin and light laptops with new features including touchscreen displays and a choice of Intel or AMD chips.

Engadget reports the company isn’t changing the design of its 14 or 15 inch thin and light laptops very much, so they’ll have the same keyboards and metal cases. But now you can reach out and touch the screen to interact with Windows 8’s touch-friendly user interface. 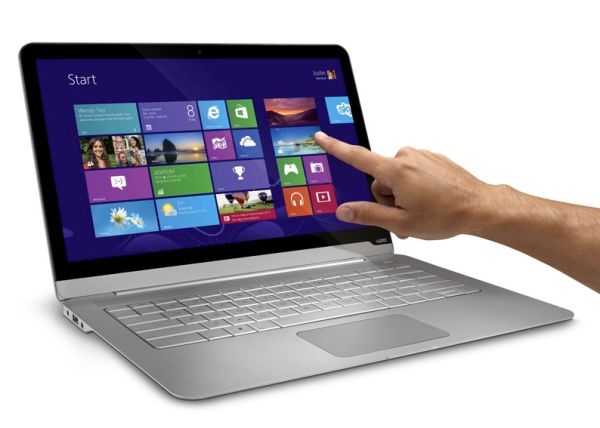 Vizio will reportedly offer both laptops with a choice of Intel Core i7 or AMD A10 processors, which means that these laptops will pack more punch than your typical entry-level ultrabook. But Vizio’s notebooks typically sell for a bit less than an average ultrabook.

That makes it one of the cheapest 14 inch ultrabooks around with those specs.

While it’s likely Vizio will charge a little more for newer models with faster chips and touchscreen displays, I’d still expect the company’s upcoming ultraportables to be priced lower than similar devices from other companies.

According to Engadget, the new 14 and 15 inch laptops should be available in February.

Laptop Magazine reports the 14 inch model will weigh 4.1 pounds, feature an optional quad-core AMD processor, and up to 8GB of RAM along with a 1600 x 900 pixel display.

The 15 inch model will have a 1920 x 1080 pixel display and discrete graphics if you get the AMD model. There’s no word on the weight for that model yet.