Chinese phone maker Vivo unveiled a sleek concept phone in February, promising a a nearly all-screen device with a notchless design and a slim top bezel… because there’s no camera built into the front of the Vivo Apex.

If you want to snap a selfie or make a video call, you can use a camera that pops out from the case, and which tucks away inside the phone when it’s not in use. Not only does that give the front of the phone a more seamless design, but it also means the camera can’t record you without permission… because it can’t see you.

While Vivo initially described the Apex as a concept device, the company is holding a launch event in China on June 12th for a new phone that sure looks like the Apex… although rumor has it that the phone will be called the Vivo NEX. 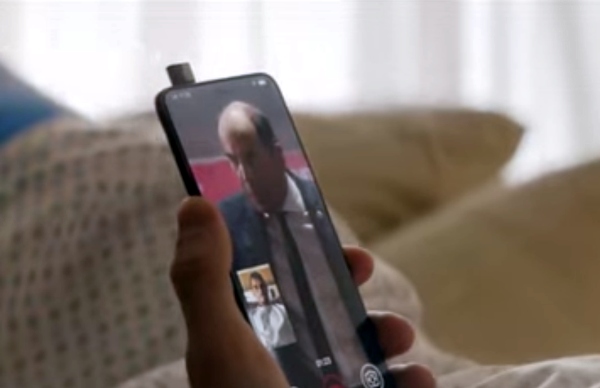 This week Vivo released a teaser video showing an all-screen phone with a pop-out camera, an in-display fingerprint sensor, and dual rear cameras.

And over the past few days a few photos of the phone in the wild have been making the rounds. While the phone does have a bit of a “chin” on the bottom, the top, left, and right bezels are some of the slimmest around, likely giving the phone one of the highest screen-to-body ratios around.

Vivo is one of the world’s top phone makers, in terms of units shipped. But for the most part the company’s phones are sold in China, so I wouldn’t expect to find the Vivo NEX in US stores anytime soon.

So while the Vivo NEX may never come to the United States, I wouldn’t be shocked if we see other phones with similar pop-out cameras in the future.