Your next phone might have a higher-resolution display than your laptop. Actually, there’s a good chance that’s already true — many high-end phones have 1920 x 1080 pixel screens while it’s still relatively uncommon to find laptops with screen resolutions higher than 1366 x 768 pixels.

Anyway, Vivo is taking things a step further — the company is introducing a phone with a 2560 x 1440 pixel display. It’s called the Vivo Xplay3S, and it’s due out in China soon. 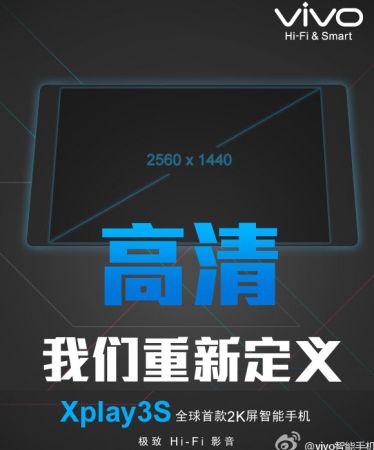 Vivo hasn’t said just how big that screen is, so it’s tough to say how many pixels per inch it’ll have — but it’d be silly to put that kind of display on a 4 inch phone. Actually, it’s probably pretty silly to put it on a 6 inch phone — you’d have to look pretty close (like possibly under a microscope) to tell the difference between a 1080p and a 1440p screen of that size.

Other specs are expected to include a Qualcomm Snapdragon 800 processor, 4G LTE support, and a launch date by the end of 2013. It’s unlikely that this model will be widely available outside of China, but if it proves popular, perhaps we’ll see even more crazy high-res smartphones in the future.

via Unwired View and Engadget