Chinese phone maker Vivo’s new phone has a bigger screen than the latest Samsung Galaxy Note, and it has a faster processor. It’s called the Vivo Xplay, and while it’s designed for the Chinese market, it’s one phone that I kind of hope makes it to the international market. 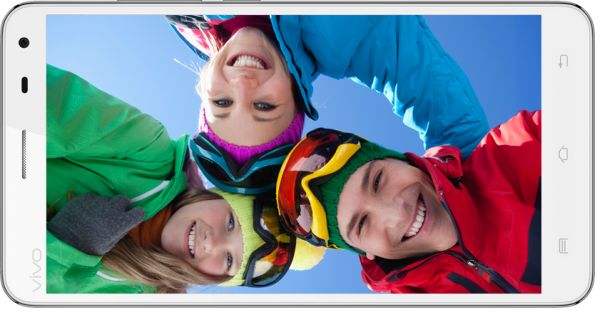 Engadget got to spend some time with the Vivo Xplay at a launch event in Beijing, and reports that the handset has a 5.7 inch, 1920 x 1080 pixel display, a Qualcomm Snapdragon 600 quad-core processor, and a Texas Instrument OPA2604 amplifier to boost the phone’s audio performance.

The Vivo Xplay will be available with up to 32GB of storage, and packs a 13MP camera on the back and a 5MP camera on the front, which is something you don’t see every day. It also has a 3400mAh battery

Despite the large battery, high megapixel cameras and speedy processor, the phone is still pretty thin, measuring just about 8mm, or 0.3 inches thick.

Vivo’s phone runs Android 4.2 Jelly Bean and has a few extra touches. For instance there’s Vivo Free Touch, which is a tool that makes it easier to operate the enormous phone using just one hand. It brings up an image of the full screen in a smaller window so that you can reach everything using a single thumb. It’s a kind of quirky solution, but if you’re a fan of using a phone with a single hand and phones with big displays, I suppose this could offer some of the best of both worlds.

The phone Vivo is showing off at the moment only supports GSM and WCDMA 2100 networks, which means it won’t be able to access 3G networks in the US. But it should work on supported networks in Europe, Asia, Africa, and Australia, among other places.