A bunch of smartphone makers have announced new devices this week at Mobile World Congress, and many of the top-tier models will ship with Qualcomm’s new Snapdragon 820 processor… so that’s not really a defining characteristic anymore.

But Chinese phone maker Vivo seems to have found another way to stand out: the upcoming Vivo XPlay 5 is expected to have Qualcomm’s new chip and 6GB of RAM, making it one of the first phones to ship with that much memory. 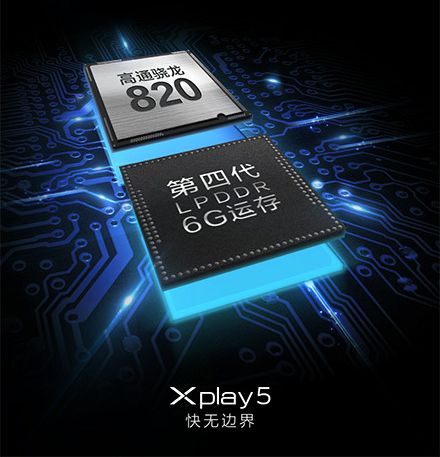 Vivo won’t officially unveil the phone until March 1st, but the company did post a teaser on Weibo confirming the processor and memory (it’ll use LPDDR4 RAM, by the way).

That’s it for official information. As for unofficial details, early benchmark results suggest the phone will be a beast, and allegedly leaked images suggest it’ll be a looker, possibly with a Galaxy Edge-style curved glass display.

It’s unlikely that the Vivo XPlay 5 will support high-speed mobile networks outside of China, but even if you don’t live in China, the phone might be note-worthy as one of the first models to ship with 6GB of memory. It might not be long before we start to see phones from other companies follow suit.