In an article for Forbes, Patrick Moorhead says he got a chance to test a pre-production Vivo phone using the new fingerprint sensors from Synaptics and he confirmed that Vivo will be the first company to ship phones using the technology. 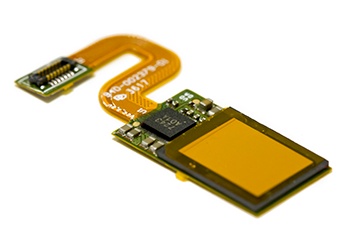 Eventually you may not even have to tap a button at all, if Vivo adds a lift-to-wake feature to the phone (although I’ve found that this sort of feature can be a bit hit or miss on phones that have it).

Under-glass fingerprint sensors could be especially useful on phones with “full view” or “infinity” style displays that have bezels too slim for a traditional fingerprint sensor. Another solution is to just put the fingerprint sensor on the back of the phone. Some folks prefer that since it lets you tap a finger to the back of a phone while you’re holding it… but it does make it tougher to unlock a phone that’s lying flat on a desk or tablet.

Apple’s solution for the iPhone X is an advanced facial recognition system called Face ID that uses a 3D projector and camera system to unlock a phone only for authorized users, no fingerprint required.

But Synaptics says its Clear ID fingerprint sensor is faster than Face ID, and Moorhead suggests it’s also cheaper to implement. And since Clear ID uses optical scanning to analyze fingerprints through a phone’s glass and display, it could also have advantages over other fingerprint readers: it’s said to work even if your finger is wet or cold.

Vivo may not be a household name in the US or Europe, but IDC says it’s one of the top 5 global smartphone brands. If the technology proves popular in China and India, where Vivo operates, we could see demand for similar features on phones from other companies which are sold in more markets.