Some smartphones let you login to your device using facial recognition and a basic front-facing camera. It’s not the most secure method and it doesn’t work in the dark, but it’s easier then entering a PIN or password (and arguably tougher and less secure than using a fingerprint).

Apple kicked things up a few notches with the Face ID system used in the iPhone X. It has a complex set of cameras, sensors, and a laser projector that creates a 3D map of your face for improved accuracy, speed, and performance in the dark.

Now Chinese phone maker Vivo is trying to one-up Apple. Vivo says its TOF 3D Sensing Technology can create a 3D map from up to 3 meters (almost 10 feet) away. 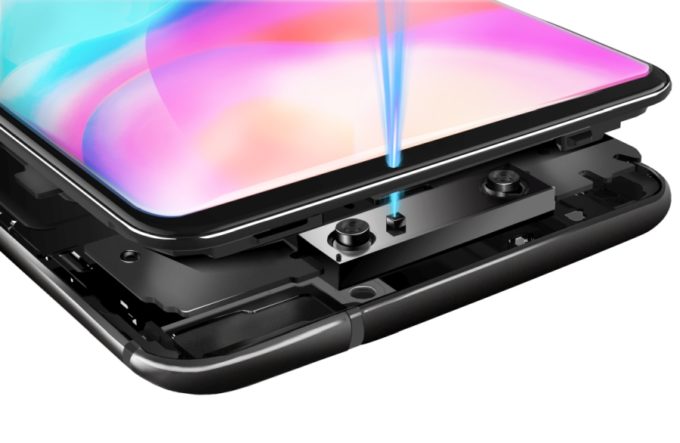 The system captures depth information using 300 thousand sensor points, or about 10 times as many as Apple’s Face ID system. Bu the company says its system is also “simpler and smaller in structure,” making it easier to fit into a smartphone.

TOF stands for Time of Flight because it works by measuring the amount of time it takes for a pulse of light to return to the sensor.

In addition to facial recognition, the technology can be used for gesture tracking, monitoring of facial expressions, and other shapes and movements.

While Vivo hasn’t yet announced any phones that feature the new technology, the company says it’s not just a proof of concept, and that it’s already been tested in house.

Vivo isn’t exactly a household name in the United States, where the company’s smartphones aren’t currently available. But it’s one of the top 5 global smartphone companies and Vivo has a habit of being first-to-market with unusual technologies such as a pop-up camera, dual front cameras, and under-glass fingerprint sensor.