Phone and laptop makers have been shrinking screen bezels over the past few years, but that raises the question of what to do with the things that used to hang out in the bezels, like cameras, home buttons, and fingerprint sensors.

While most phone makers have been moving the fingerprint sensors to the back of their slim-bezeled phones, Apple took the bold step of launching the iPhone X without a fingerprint reader at all. Rival Vivo, meanwhile, is one of the first companies to launch a phone with an in-display fingerprint reader.

Now the company is showing off a new concept phone with a nearly all-screen display. In addition to a hidden fingerprint scanner, the Vivo Apex has a 6 inch display, slim bezels, and a retractable front-facing camera that only pops out when you need it. 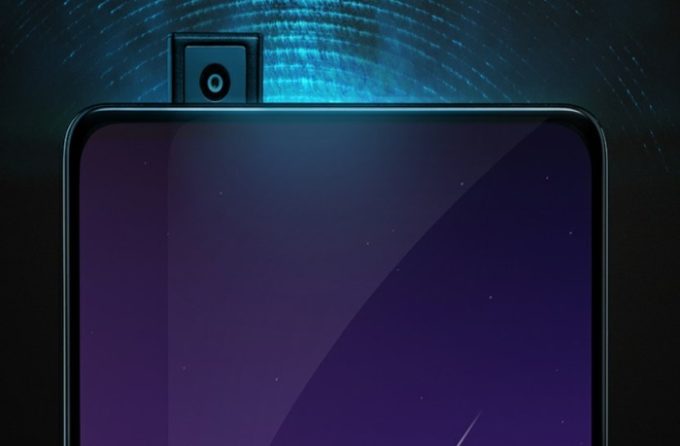 Interestingly, this is the second device unveiled at Mobile World Congress to feature a pop-up camera.

The first was the Huawei MateBook X Pro, which is a laptop with slim screen bezels and a camera that hangs out in the keyboard, between the F6 and F7 keys. When you want to use the camera, it pops up and points upward at a slightly awkward angle. But when you’re not using it the camera is not only out of the way, but it’s blocked from recording you when you’re not paying attention. It’s like a high-tech piece of masking tape.

The Vivo Apex pop-up camera could likewise serve dual purposes. Its retractable design means it doesn’t take up any space on the front of your device when it’s not in us. And you don’t have to worry about anyone using the camera to spy on you. 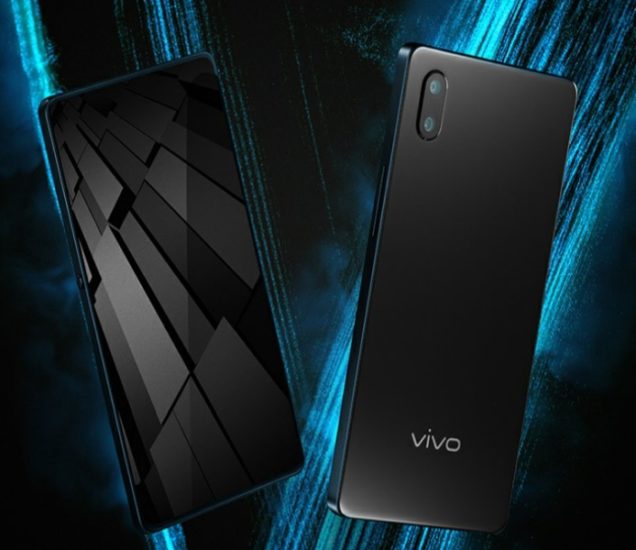 But I’m still not convinced the pop-up camera makes as much sense on a phone as it does on a laptop. In both cases we’re talking about adding an extra moving part to a mobile computing device. But because of the way we carry our phones everywhere, I suspect you’re more likely to drop, scratch, or bump your phone than your laptop. I’d be far more worried about the camera mechanism breaking on a phone like the Vivo Apex than on a laptop like the Huawei MateBook X Pro.

Still, it’s kind of exciting to notice a new trend at Mobile World Congress, where for the most part we’re seeing phones, laptops, and tablets with incremental processor, camera, and software upgrades. 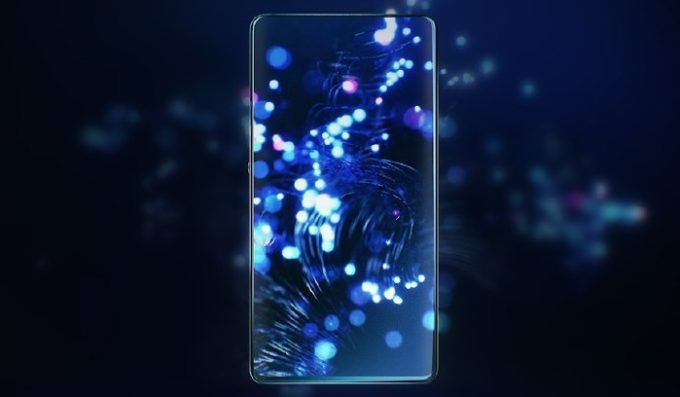 That said, Vivo is just calling the Apex a concept. I suspect the company is soliciting feedback on the design before committing to bringing it to market.

Since there’s no room for an earpiece, Vivo also implemented technology that causes the screen to vibrate like a speaker so you can hear calls when you hold the phone to your ear.

One other nifty thing about the Apex design is that the company says it has a “half-screen” in-display fingerprint sensor. Instead of placing your finger over a tiny surface area, you can basically put your fingertip anywhere on the bottom half of the phone to unlock your device or login to apps or accounts.

The larger surface area also lets you require the use of two different fingers to login instead of the usual on.

While it’s unclear if the pop-up camera is going to become a widespread feature in the future, I wouldn’t be surprised to see more phones with half-screen (or even all-screen) in-display fingerprint sensors one day.

via The Verge (hands-on), Sohu, and GSM Arena (hands-on)

6 replies on “Vivo Apex concept phone is nearly all screen, has a pop-up camera and in-display fingerprint sensor”