The Vivaldi tablet is a 7 inch tablet with an 800 x 480 pixel display, a 1 GHz AMlogic processor, and Mer Linux operating system with the KDE Plasma Active user environment. It was expected to ship in May, but developer Aaron Seigo says the date has been pushed back by about a month. 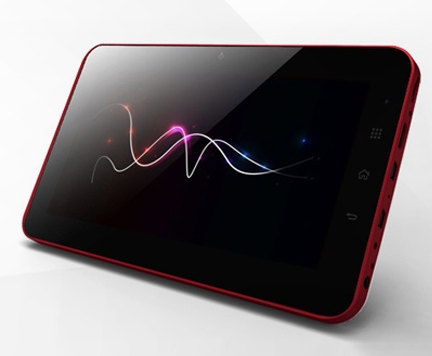 A slight delay isn’t a huge surprise — a group of KDE software developers is partnering with a Chinese company to load software on a tablet and then working with distributors in Europe to make that tablet available. It’s not something they’ve really done before and it’s taking a little longer than hoped to work things out.

The good news is that work on the software is continuing, so by the time the tablet does ship it should have a few new features in place, such as tighter security.

The Vivaldi tablet was originally known as the Spark tablet, but the name was changed due to trademark issues. It has an ARM Cortex-A9 processor, Mali 400 graphics, 512MB of RAM, 4GB of storage, an HDMI port, 2 USB ports, and a front-facing camera.

But Seigo says it’s the free and open source Linux-based software which really sets the tablet apart from most of the other tablets on the market.

It will sell for about €200 in Europe, and the tablet will likely be cheaper when it’s available in the US.

You can find out more about the tablet at the MakePlayLive website or the OpenTablets forum.