Smartphone hardware is expensive — but in the US it’s easy to feel like the phones are cheap and it’s the subscription plans that are expensive. That’s because most US carriers charge an arm and a leg for voice and data contracts and use some of the revenue to subsidize the cost of phones. 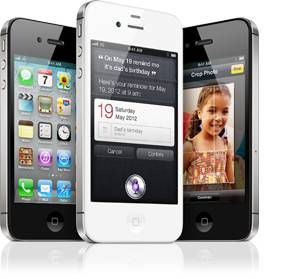 But Virgin Mobile USA has announced a new plan that will let you get the same phone and a similar 3G data plan for just $1130 over two years (plus the same regional taxes and fees that you pay on any network). It’s also a contract-free plan, which means you can cancel at any time.

The only catch is that you have to pay full price for the phone. That means an iPhone 4S with 16GB of storage will set you back $649. But you’ll only have to pay $30 per month for 300 voice minutes plus unlimited data and text messaging.

Virgin Mobile considers “unlimited” to mean 2.5GB of data per month. If you exceed that, it looks like Virgin will continue to let you use your data plan, but your data transfer speeds will be much slower until the start of the next billing cycle.

The Virgin Mobile plans actually start at $35 per month for pre-paid plans, but if you register for auto-renewal you get a $5 discount.

You can also pay $40 per month (with discount) for 1200 voice minutes of $50 per month  for unlimited talk. An extra $15 per month will get you the ability to use your iPhone and a mobile hotspot, plus an extra 1GB of full speed data transfer (for a total of 3.5GB).

If you don’t need a dual core processor or Apple’s Siri voice assistant, you can also save $100 buy picking up an 8GB Apple iPhone 4 for $549 instead of an iPhone 4S.

I’m a big fan of contract-free mobile broadband plans that let you either buy a phone for full price or bring your own phone in exchange for lower monthly fees. I’ve been using a Google Nexus One on a contract-free T-Mobile plan for over two years… but I’ve been thinking about switching to a cheaper Straight Talk plan for a while.

Even though I prefer Android to iOS, I have to admit I’m tempted by the lost cost of Virgin’s new plans. It sounds like a great deal for anyone who’s got the disposable cash to pay for an expensive phone up front.