It’s hard out there for an Android tablet maker these days — it’s tough to compete with Samsung, LG, and Asus in terms of features, and it’s hard to compete with Amazon, Google, Dell and HP on price.

So my first though when I saw the Vinci MV 7 tablet with a 7 inch screen and $200 price tag was that it was over-priced and under-specced. And it might be, but it does have something you don’t often find in a $200 tablet: support for 3G voice and data networks. 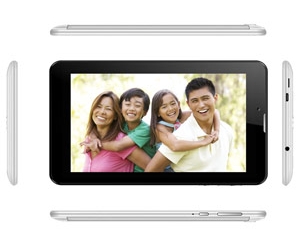 The Vinci MV 7 is marketed as a family tablet which features standard Android software that parents can use as well as kid-friendly educational apps and games. It doesn’t have the rugged case you get with some kid-friendly tablets though.

The tablet sports a 7 inch, 1024 x 600 pixel capacitive multitouch display, a Mediatek MTK 6577 processor, and Android 4.1 software. It has front and rear cameras, 1GB of RAM, 8GB of storage, and a microSD card slot and features a 2880mAh battery. 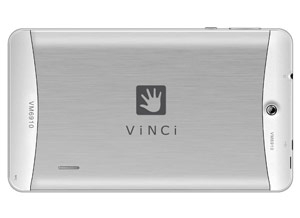 It’s the 3G capabilities that make the tablet stand out (a bit). It supports GSM and WCDMA networks as well as WiFi, Bluetooth, and GPS. You can use it to surf the web on the go or even to make phone calls as long as you’ve got a SIM card and  service plan.

Is that enough to justify spending $200 on this tablet rather than a Google Nexus 7, Amazon Kindle Fire, or Samsung Galaxy Tab 3? Maybe if you don’t already have a phone.