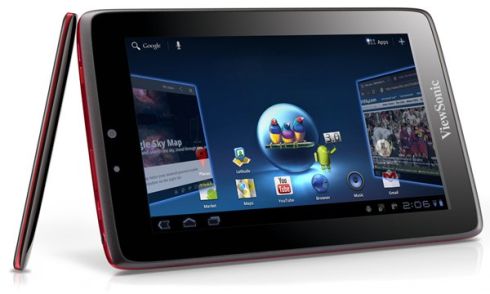 As expected, ViewSonic has unveiled a new 7 inch tablet which will be one of the first in its size class to ship with Google Android 3.x Honeycomb. The ViewSonic ViewPad 7x features a 7 inch, 1024 x 600 pixel display, a 1 GHz NVIDIA Tegra 2 dual core processor, HDMI output, and an HSPA+ modem for mobile broadband.

There’s no word on pricing or availability.

ViewSonic isn’t the first company to introduce a 7 inch Honeycomb tablet. Acer has also been showing one off for a little while, but the Acer Iconia Tab A100 isn’t expected to ship until later this year. It’ll be interesting to see which company gets their product to market first.