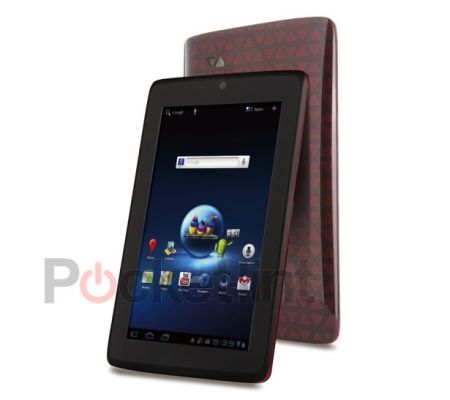 ViewSonic may be preparing to introduce a new tablet running Google Android 3.x Honeycomb at the Computex trade show which begins May 31st. Pocket Lint has a source that says the new tablet will be a 7 inch model called the ViewSonic ViewPad 7x which will run the tablet-friendly version of Google’s Android operating system.

The new tablet will have a 1 GHz NVIDIA Tegra 2 dual core processor, front and rear cameras, and support for HSPA+ mobile broadband connections as well as HDMI and DLNA capabilities for sending audio and video to a TV.

Interestingly, ViewSonic may not phase out the ViewPad 7 right away to make room for the new model. The ViewPad 7 is an Android 2.2 tablet with a 600 MHz single core chip. ViewSonic may offer both tablets at the same time. In other words, the company is probably sitting on a fair amount of unsold inventory. I doubt the original ViewPad 7 has the hardware necessary to handle a software upgrade to Android 3.x.

Pocket Lint suggests the ViewPad 7x could go on sale as early as June.