The ViewSonic NMP660 Chromebox is a small box that measures 6″ x 5.8″ x1.7″ and which weighs about 1.4 pounds. It features an Intel Celeron 3865U Kaby lake dual-core processor, 4GB of RAM, and 32GB of storage. And the computer is expected to cost about $349 when it goes on sale in April. 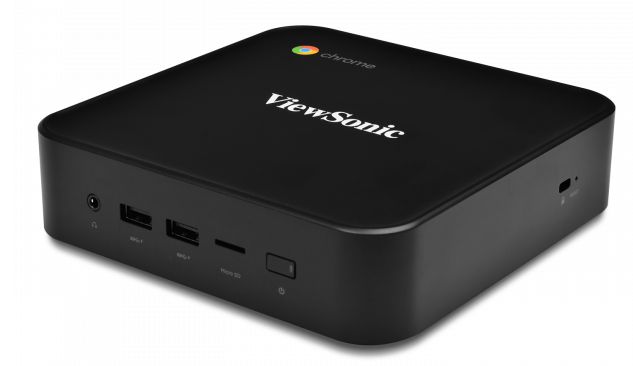 Like CTL’s new Chromebox, the new model from ViewSonic is aimed at the education market. But despite the similar specs and design, CTL plans to sell its CBx1 Chromebox for $199, which certainly makes it look like a better deal for now.

Anyway, I suppose it’s always nice to have more options in the Chrome OS desktop space.

The ViewSonic NMP660 supports 802.11ac WiFi, Bluetooth, and a bunch of ports, including:

The system will support the Google Play Store and Android apps out of the box.