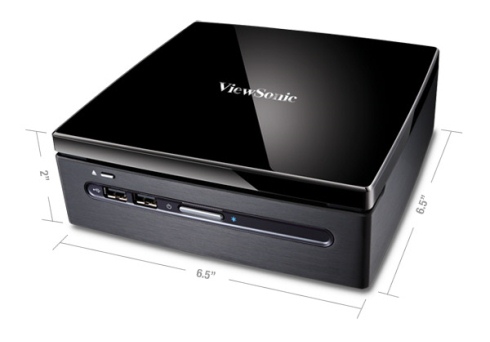 As with any other slick, new tech products that arrive on the scene the Dell Zino HD looks like it’s going to have its share of imitators. Viewsonic has released two new nettops – the PC Mini VOT530 and VOT550.

Both run Windows 7 home premium and have one serious shortcoming: lack of an HDMI port. Even with Intel graphics on the VOTs, I’d still expect a box like this to include single-cable hookup to a desktop monitor or HDTV.