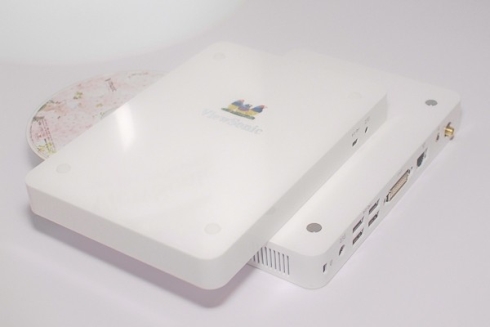 Viewsonic, a company best known for making LCD displays, has also dipped its toe into the netbook space. And now the company is introducing its first nettops, or low power desktop computers. The Viewsonic VOT 130 is a pretty typical nettop with an Atom N270 CPU, GMA950 graphics, up to 2GB of RAM, and a 160GB hard drive.

If you’re looking for something with a small form factor, but don’t care so much about the low power Atom processor, the company’s new VOT 530 and 550 desktops look like Mac Mini’s painted black, and each sports a 2.1GHz Intel Core2 Duo CPU and up to 4GB of RAM. These guys will sell for $818 to $1121.

You can find more information and additional photos at Engadget Chinese.