The VidOn Box is an Android-based media center that lets you run XBMC (and other apps) on your TV.

It stands out from many of the other Android-based systems I’ve tested in a few ways. First, it comes with custom software called VidOn XBMC that, among other things, includes support for Blu-ray menus. Second, there’s an option to boot straight into XBMC rather than loading an Android app launcher first. Third, while the device comes with a 1-year VidOn Membership, if you wan to continue using premium features (like Blu-ray menus) after a year you’ll need to pay a $15 annual membership fee.

The box sells for around $50 to $70, but VidOn recently sent me a demo unit to review. Now that I’m finished with it, let’s have a good old-fashioned giveaway! 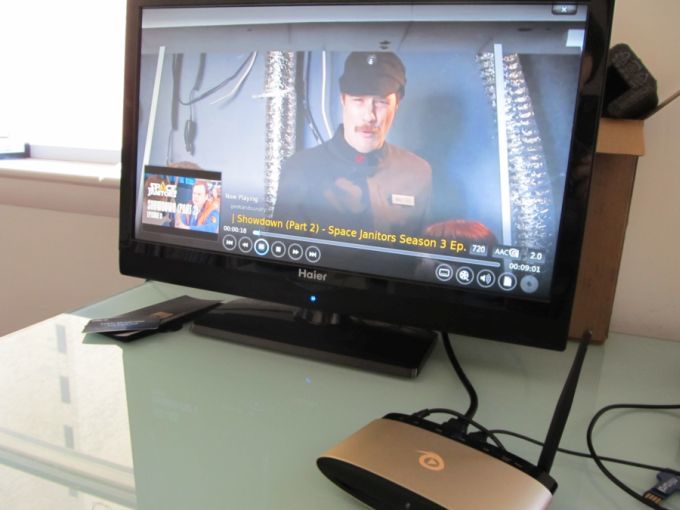 This contest is for a slightly used VidOn Box media center and a 1-year membership code.

The box has an Allwinner A31S processor, 1GB of RAM, 8GB of storage, HDMI, Ethernet, USB, and S/PDIF ports as well as 802.11n WiFi. It comes with an IR remote control and works pretty well for 1080p HD video playback. You may need a different remote control, a mouse, or another controller for some third-party apps though.

There are a few more things you should know:

Thanks again to VidOn for sending us this demo unit!

Update: This contest has now ended. Congratulations to our winner, Mike Trotter!