It took a little longer than expected, but Videolan has finally released a beta of the VLC media player app for Windows 10.

VLC 2.0 for Windows 10 is based on the Universal Windows Platform (UWP), which means it should run on desktops, tablets, and smartphones. The app should adjust to different screen sizes and shapes automatically. And soon it will also be updated to support the Xbox One, Microsoft Surface Hub, and HoloLens. 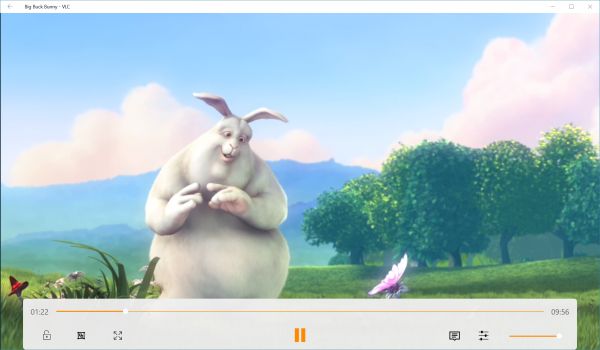 Videolan continues to offer a desktop version of VLC for Windows, Mac, and Linux — and that version has a few features that the UWP lacks, including support for DVD and Blu-ray playback and for TV tuners. But the UWP version should be easier to use on devices with touchscreens and high-resolution displays.

VLC has a reputation for being able to handle nearly every audio and video format, and the UWP version supports subtitles, chapters, audio/video sync correction, and picture-in-picture mode for looking through your library without pausing a video.

In a lot of ways, VLC for Windows 10 looks like the latest versions of VLC for iOS and Android. But there are some Windows-specific features, including Cortana voice assistant (in English and French), Live Tiles, pinning artist or albums to the start menu, and support for Continuum for phone on devices like the Lumia 950 and Lumia 950 XL.