Google is working on an update to the camera app that comes with Chrome OS, adding new features including support for video recording, the ability to upload straight to YouTube or Google Plus, and an option to synchronize pictures across all of your Chrome devices.

While those features are still a way off, the first build of the new camera app is already available from the Chrome Web Store for some users, and should roll out to everyone soon. 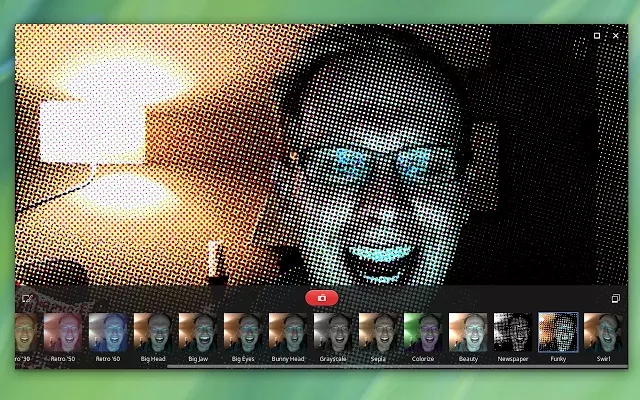 At this point the , and it features a revamped user interface which puts the picture front and center. You can still easily apply a series of effects to your photos — but now instead of a text list of those effects and filters in the side of the window, you’ll see thumbnail icons below the main picture.

Most devices running Chrome OS are laptops which feature front-facing webcams, so this camera app probably isn’t designed to help you shoot your next independent feature film. But now it’s a bit easier to snap a goofy photo, and soon you’ll be able to record your vlogs using nothing but Chrome.

The new camera app has been available for testing since October, but now that it’s available for installation from the Chrome Web Store and coming soon as an automatic update, it’s just about ready to replace the original Chrome OS camera app.