JingOS is an Ubuntu-based Linux distribution designed to mimic the look and feel of touch-first operating systems like iOS and Android. Developed by a Chinese company called Jingling, the operating system is based on Ubuntu Linux and features a custom, touch-friendly user interface. There are currently elements of KDE and Plasma Mobile, although Jingling says it plans to eventually phase out the latter and completely replace it with its Jing Desktop Environment) JDE) later this year.

Last week Jingling released JingOS v0.8 which is the first publicly available version of the operating system to include features like an app store and over-the-air updates. But in order to try the software you’ll need a computer with an x86 processors, because Jingling hasn’t released a version with support for ARM processors yet.

That’s on the way though – the company plans to release its own JingPad A1 tablet with an 8-core ARM processor this summer. And now the company is also showing what JingOS looks like when it’s running on a smartphone. 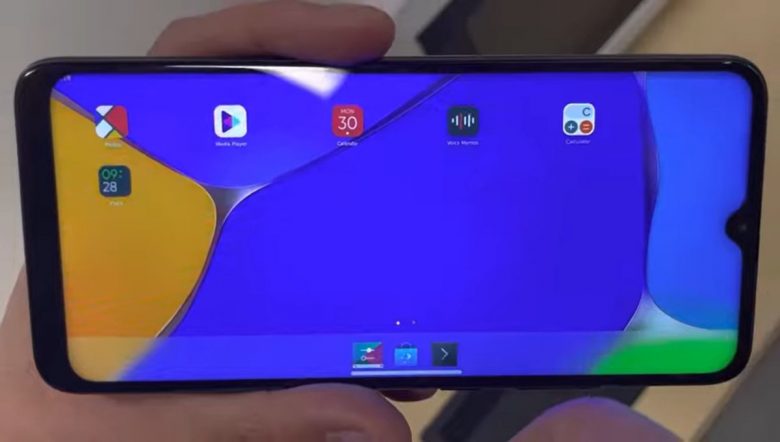 The company has released a video showing an older build of JingOS running on a smartphone. Based on JingOS v0.6, this version of the operating system lacks some newer features, but it does support ARM hardware. It doesn’t, however, support portrait orientation yet and there doesn’t see to be any support for mobile data or for making phone calls over cellular networks.

That said, the video does show an attractive, touch-friendly user interface that responds quickly to touchscreen gestures and which seems to have smooth and speedy animations for doing things like launching apps, switching apps, and navigating multiple home screen pages.

You can also see a quick settings panel that can be accessed by dragging down from the top right side of the screen, a virtual keyboard that appears when you want to enter text, and support for gestures like swiping up to dismiss a running app.

JingOS v1.0 with ARM support is currently scheduled for release on or around June 30th. More details are available at the JingOS website and forum and the JingOS-team GitHub page.

One concern I’ve seen about the project involves Jingling’s approach to open source software – while the company promises to continue releasing source code, Jingling only commits to “update the GitHub project every half year” and that “JingOS will be free forever.”