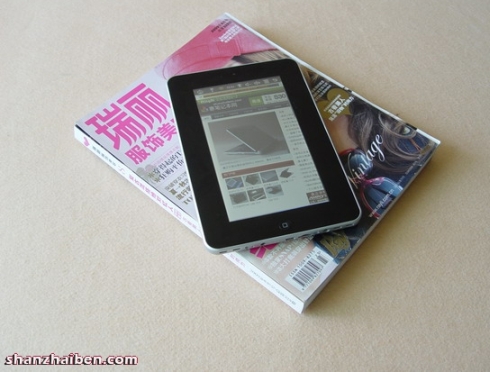 The Apple iPad may have set the bar high for tablet computers, but if there’s one thing Chinese knockoff artists have shown us, there are always ways to cut corners and bring down the price. For instance, take a look at this 7 inch tablet from Shenzhen Chong Shi, which has a 400MHz VIA ARM-based processor, 2GB of storage, 128MB of RAM, and runs Google Android. It sells for just 500 yuan, or about $73 US.

But for the most part these dirt cheap tablets haven’t made it to the US. Now VIA Technologies VP Richard Brown says he expects that we’ll start to see cheap tablets in the US later this year, with prices ranging from $100 to $150.

Like the 7 inch tablet mentioned above, these machines will likely run Google Android and use low power ARM-based chips from VIA and other companies.

We’ve already seen a handful of Android tablets in the US, including the Archos 7 Home Tablet and Camangi WebStation. But these tablets don’t tend to offer the full experience you get with an iPad, or even a Google Android smartphone, since they tend to ship without access to the tens of thousands of third party apps available in the Android Market. Hopefully that will soon change.

via Cloned in China and Fudzilla