VIA Technologies has introduced a new hardware platform aimed at folks that want to create Android or Linux powered devices or software. It’s called VIA SpringBoard, and to kick things off, the company is offering a $99 Springboard Kit which is a small ARM-powered board. 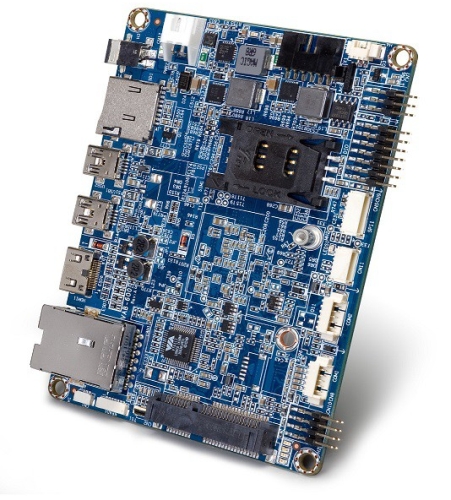 The VAB-600 Springboard Kit is a Pico-ITX board with an 800 MHz ARM Cortex-A9 system-on-a-chip, 1GB of RAM, and 4GB of storage. It also has a 10/100 Ethernet port, mini HDMI port, 2 USB 2.0 ports, a Mini Card slot and a range of other features to help with development including GPIO pin headers and support for touchscreens.

This isn’t exactly VIA’s first foray into developer boards. The company’s APC mini-computers have been around for over a year, offering small form-factor PC boards with low-power ARM-based chips.

VIA actually introduced the VAB-600 earlier this year, but now the company is trying to build a developer platform around the device.

6 replies on “VIA launches SpringBoard $100 ARM developer board platform”