VIA is following up the $49 APC computer board with a more powerful APC Rock board which is available for pre-order for $79. You can also opt for a $99 APC Paper, which is basically the rock covered in a recycled cardboard and aluminum case designed to make the system look like a book. 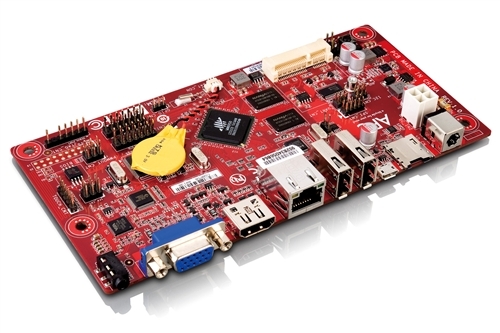 These system still aren’t speed demons. But they should offer better performance than you’d get from an ARM11 chip.

The APC Rock and Paper feature 800 MHz VIA WonderMedia WM8950 processors and Mali 400 graphics, 512MB of memory, and 4GB of built-in storage.

You also get a microSD card slot which you can use for extra storage, as well as USB ports for connecting flash drives, hard disks, or other peripherals such as a keyboard, mouse, or video game controller. 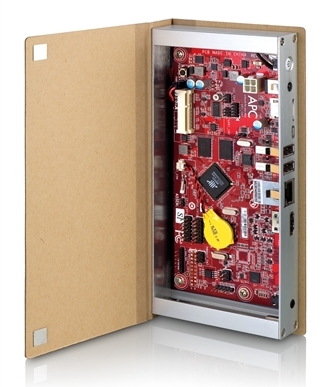 Both the Rock and Paper have HDMI ports, and the Rock has a VGA port as well. They also feature 10/100 Ethernet and audio jacks. If you want to use WiFi, you’ll need to connect a USB WiFi adapter.

Like the original APC board, these devices are aimed at developers and hobbyists, and in addition to an array of full-sized ports, the Rock and Paper include JTAG headers, GPIO pins, and other goodies that you can use to connect hardware to the board if you plan to build a robot, home automation system, or any other sort of DIY electronics.

Both devices ship with Google Android 4.0 Ice Cream Sandwich, but VIA offers source code for the bootloader and kernel as well as other documentation which could help developers port other software to run on the mini-computers.

VIA is taking pre-orders for the APC Rock and APC Paper now, and plans to ship the first devices in March, 2013.