The VIA APC is a small computer board with an 800 MHz WonderMedia WM8750 ARM11 processor, 512MB of RAM, and 2GB of storage. You can use the board to build a small computer that runs Android or Linux, or use it to drive digital signage or other commercial applications.

VIA started selling the APC in limited batches last month for $49. But when you add in shipping costs from Asia, the little computer actually costs $87. 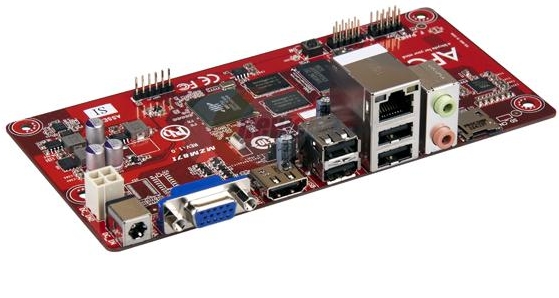 The APC is currently out of stock both at VIA’s web store and Newegg, but you can sign up at either site to be notified when more units are available.

While the VIA APC costs a little more than the similar Raspberry Pi Model B, VIA’s solution offers more memory, built-in storage, and additional input and output options. It includes:

The APC also comes with Google Android pre-loaded, and VIA recently released the source code for the kernel and bootloader, which should help developers port other Linux-based operating systems to run on the little computer board.

Keep in mind, this is basically a developer board and it isn’t really aimed at people looking for a complete, polished mini PC or Android device. A quick scan of the APC forums shows that while some early customers are happily hacking away at their devices, many others are disappointed with the user experience so far.