The APC is a tiny computer system that sells for $49, and which should be capable of running Android, Linux, and other operating systems (but not Windows 7). It ships with Google Android 2.3.

First introduced last month, VIA Technologies is now taking pre-orders for the APC and plans to start shipping the little computer in July.

There’s one catch though: Shipping and handling fees nearly double the cost of the device. 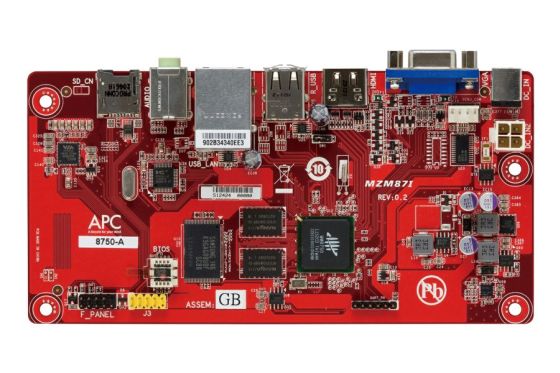 But the VIA APC offers built-in storage and a few more input and output options than the Raspberry Pi, which has just 2 USB ports, an HDMI port, and an Ethernet jack. The APC has:

The APC ships from Taiwan, and VIA is charging $38 for shipping to Europe, the US, or Canada. That drives up the total price to $87.

It’s a little cheaper if you have a shipping address in Asia, where you can pick up an APC for $79 with shipping included.

For a few bucks less you can grab an MK802 or similar USB stick-sized computer with an ARM Cortex-A8 or faster processor. But then you won’t get all the extra ports VIA includes on the APC.

5 replies on “VIA APC $49 computer up for pre-order, ships in July”