That might sound crazy, but the company is headed by Jason Kilar, the former Hulu exec who figured out ways to convince folks to pay a Netflix-like $7.99 to watch TV shows and movies online even though they included commercial breaks.

Anyway, the good news is you don’t need to pay a penny to use Vessel… yet. 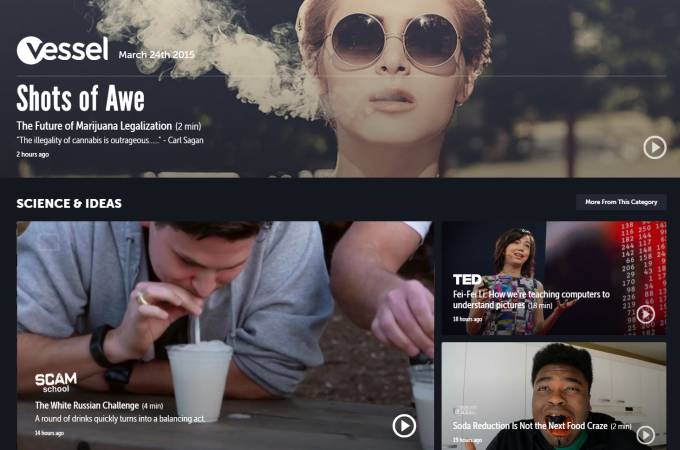 The company offers free 30-day trials. But folks who sign up within the next 3 days get a 1-year membership for free. There’s no need to hand over any credit card or PayPal info — so when your year is up you don’t need to worry about canceling your subscription if you never use the service.

Some content will always be free, including ad-supported, non-exclusive videos from NBC, The New York Times, and Sports Illustrated.

So what does a membership get you?

Vessel has partnered with over 100 of the most popular YouTube stars, convincing them to distribute new videos to Vessel about 3 days before they hit YouTube. If you’re patient you can wait and watch them for free. If you’re not, you can pay a relatively modest fee and watch them right away.

There are a few other things that could make Vessel attractive. For instance, the user interface is very clean and easy to navigate. And there are no un-skippable 30 second or longer ads. There are un-skippable 5 second pre-roll ads on every video though.

For producers, Vessel is promising the potential for higher earnings: the company says that between subscription and advertising revenue it should be able to pay much higher rates than YouTube.

At launch Vessel is available on the web or through an iOS app. An Android app is on the way.

Charging customers to see content that will soon be free through other outlets seems like a tough sell… especially since a paywall means it’ll be harder for users to share videos and let them go viral. But that’s probably part of the reason Vessel is partnering with YouTube stars who already have millions of fans and don’t need their content to go viral: their new videos tend to get plenty of views just because their new.

The service might not appeal to folk who aren’t already huge fans of those video producers… but it might not need to in order to be successful.