Buy an unlocked, top-tier smartphone from Samsung, HTC, Sony or Apple and you’ll probably spend over $600. But that’s chump change compared to the price of a smartphone from premium phone maker Vertu.

If you can afford a Vertu Signature Touch, it should be available this month. 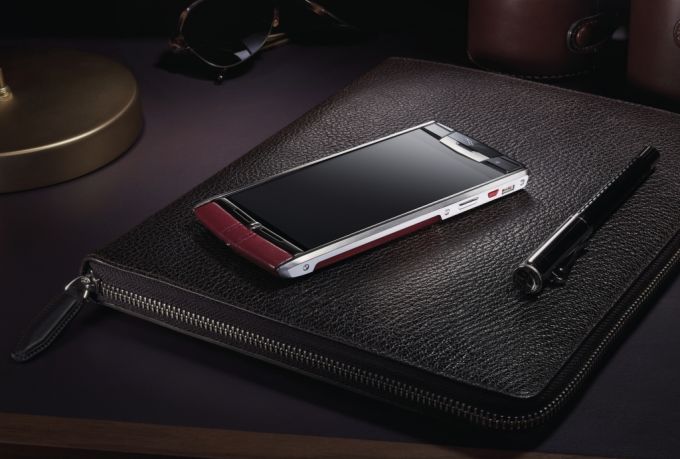 So what exactly do you get for that kind of money? The Vertu Signature Touch has the specs of a decent Android phone, but what you’re really paying for are exclusive design and other perks.

The company’s phones are hand-crafted in England and feature leather and titanium casing and sapphire crystal displays. Customers also get access to a concierge service: imagine if instead of asking Google or Siri a question you could talk to a real person at any time. Owners also get access to invitation-only events.

As for the phone itself, it features Bang & Olufsen speakers, a Hasselblad-certified camera, and support for an assortment of cases including folding and flip cases.

It features 802.11ac WiFI, Bluetooth 4.0, and runs Android 4.4 KitKat with some special Vertu applications that are only available to people willing do spend thousands of dollars on a phone.

I can’t imagine Vertu sells a lot of phones in this price range… but I also suspect the markup is high enough that the company doesn’t need to sell many devices to make a profit.

4 replies on “Vertu Signature Touch: This is what an $11,000 smartphone looks like”