Chinese phone maker Vernee’s next smartphone will be available with up to 8GB of RAM and 128GB of storage, making the Vernee Apollo 2 one of the first phones to feature more than 6GB of RAM.

It’s also expected to be one of the first to ship with a MediaTek Helio X30 deca-core processor.

Update: The Vernee Apollo 2 should be available in May. 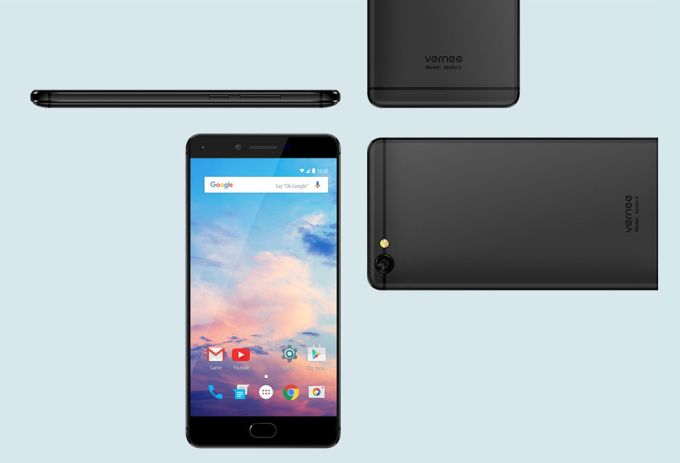 Vernee will officially introduce the Apollo 2 at an event at Mobile World Congress later this month, but the company has posted key specs and a few pictures on Twitter and on the Vernee website.

The phone will be available in at least two configurations: an entry-level model has 6GB of RAM and 64GB of storage, while a higher-priced version has 8GB and 128GB.

Vernee isn’t the first company to unveil a phone with 8GB of RAM. The upcoming Asus Zenfone AR also has that much memory, but the Asus phone is also one of the first phones to support both Google’s Daydream platform for experiencing virtual reality and Google Tango technology for creating virtual 3D environments using cameras and other sensors. The extra memory actually might come in handy.

It remains to be seen whether most Android phones actually need 8GB of RAM at this point. There aren’t many apps that could take advantage of that much memory, and phones with 4GB or 6GB can already keep a number of apps in active memory, allowing you to quickly switch between running apps.

But even if you don’t need all that memory today, the extra RAM could help future-proof your phone by ensuring that it’s capable of handling tasks that you haven’t even thought of yet.

It’s a bit strange that as the first 8GB phones are starting to come to market though, that you can still find brand new phones with as little as 1GB.