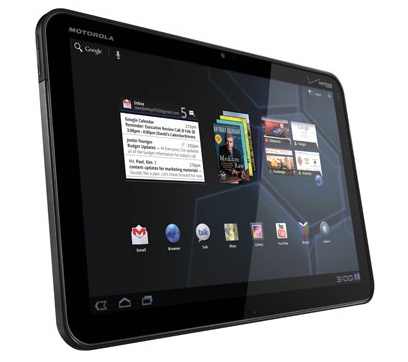 We already knew that the Motorola XOOM tablet is going to sell for close to $800 when it goes on sale Thursday. But that’s the unsubsidized price. Now Verizon has announced that it will offer a $200 discount to customers that sign up for a 2-year service contract.

That means the XOOM will run $599 if you’re willing to sign away 2 years of your life to use it. By contract, the cheapest Apple iPad model with 3G capabilities runs $629 without any sort of contract. To be fair though, the XOOM has 32GB of storage, which makes it more comparable to Apple’s $729 iPad model.

Oh yeah, the XOOM also has 1GB of RAM, a dual core NVIDIA Tegra 2 processor, front and rear cameras, and a high resolution 1280 x 800 pixel 10.1 inch display. On hardware specs alone the XOOM wins any contest against the first generation iPad. Of course, Apple will probably introduce a second-generation iPad soon, so the XOOM probably won’t be competing against the iPad very long.

Anyway, $599 is still a lot better than $799 — but you’ll have make a long-term commitment to Verizon to get that price. Or maybe pick up a WiFi-only version of the XOOM once that model is available.

Verizon also confirmed today that it will begin offering free upgrades for the XOOM in the second quarter of 2011, allowing customers to access Verizon’s faster 4G LTE mobile broadband service.