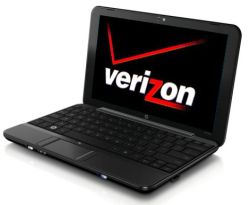 The Street is picking up the thread of a rumor that Verizon is working with netbook makers to offer subsidized mini-laptops bundled with 3G wireless plans. Last week Engadget reported that an anonymous tipster was saying that Verizon and HP were working together. Now The Street drops a few more possible names including Dell, Acer and Asus. But while the publication claims that a Verizon source confirms that at least one netbook has passed Verizon’s tests, there’s no word on what brand name computers the company is planning on subsidizing.

Right now Verizon is offering $100 or $200 rebates on some laptops when you purchase them with a 3G modem and a 2 year service plan. What’s new about these potential deals is that we could see Verizon subsidize netbooks much the way they do with cellphones. You might eventually be able to pick one up for as low as $99 or even free when you sign up for a long term plan.

Rival AT&T has already begun offering deals like these on Dell and Acer netbooks and has plans to expand its lineup.