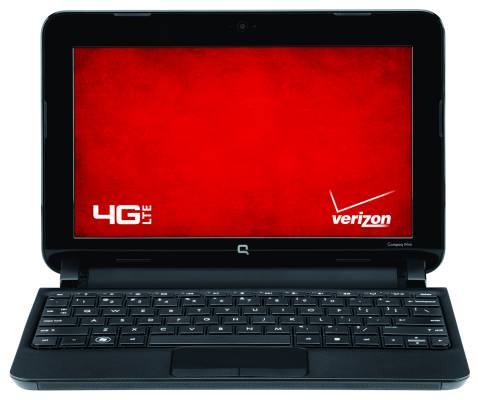 Verizon will begin offering its first netbook with 4G LTE mobile broadband capabilities this Thursday, August 4th. The mini-laptop is a Compaq Mini CQ10-688nr. Basically it’s a slight variation on last year’s HP Mini 110 and it looks a lot like pretty much every other netbook released in the last 18 months. The only difference is the 4G radio and the above-average price tag.

We first heard that Verizon would offer a 4G version earlier this year. What we didn’t know at the time was how much more expensive the netbook would be than a WiFi-only model, even after signing up for a 2-year plan which will set you back at least $720 over the life of the contract.