Velocity Micro hasn’t revealed pricing details for the Cruz T508 yet, but the company charges $249 for a similar tablet with a 9.7 inch screen. 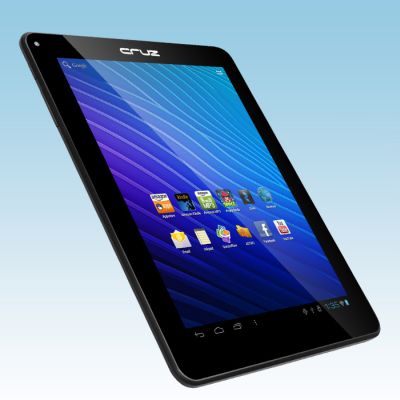 This week the Velocity Cruz Micro T508 showed up at the FCC website, which is a pretty good indication that it will be appearing on store shelves soon.

The tablet isn’t a Google Certified device, which means it won’t include the Google Play Store or other Google apps such as Gmail, Google Maps, or YouTube. Instead Velocity Micro loads up the tablet with the Amazon Appstore and other apps including Amazon MP3, Astro File Manager, Twitter, and Zinio.

Unfortunately for Velocity Micro, with Amazon and Google selling the Kindle Fire and Nexus 7 for $199, there’s not as much room for budget tablet makers as there used to be, and unless this tablet is priced at $150 or less, it’s going to be a sell.