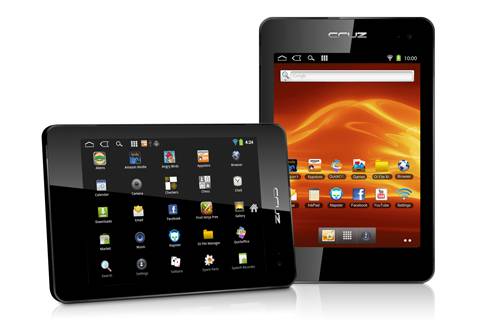 Velocity Micro’s Cruz T408 tablet was already reasonably cheap when the company priced it at $240 last month. But now that Velocity Micro has shaved another $40 off the price tag, it’s an even better deal.

The Cruz T408 tablet now joins the growing list of Android tablets available for $199.99 or less, including the upcoming Amazon Kindle Fire, the Lenovo IdeaPad A1, and the ViewSonic ViewPad 7e.

While the tablet doesn’t ship with the Android Market, it does come with Amazon’s Appstore for Android, as well as the Amazon Kindle App and a few other preloaded apps. It also has  front-facing camera for video chat.

The company’s larger Cruz T410 tablet with a 10 inch, 1024 x 600 pixel display is still selling for $299.99. But since most of the specifications on the two tablets are the same, you’re essentially paying an extra $100 for a little more screen real estate. Hopefully Velocity Micro will drop the price of the larger tablet soon as well.