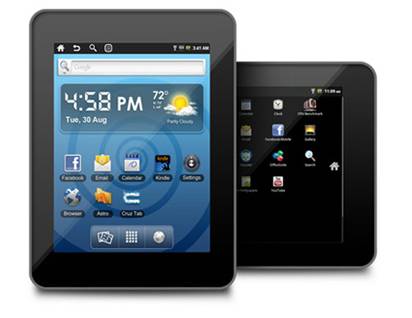 Update: I just received a note from Velocity Micro confirming that the company is trying to sell through “last year’s product,” but it doesn’t mean Velocity Micro is exiting the tablet space. Instead, the company plans to announce new products in the next few weeks.

Now The Digital Reader reports that Velocity Micro has hired a company to sell all of the company’s current tablets to resellers at half of the current wholesale prices. In other words, if you’re willing to purchase 10,000 units or more, you can pick up some 7 inch tablets for between $48 and $86 each.

Aside from the minimum order clause, there’s another catch: you can’t turn around and resell the tablets in the US.

Velocity Micro’s Cruz R101 Reader and Cruz T101 and T301 tablets are currently priced between $150 and $200 — although you can often find them selling for much lower prices.

Earlier this year we heard that the company was preparing to launch a range of 7 to 10 inch tablets with higher quality displays and faster processors. But eight months later those new products have yet to materialize.