Chinese company Vastking is showing off a new tablet with an 8 inch full HD display, an Intel Apollo Lake processor, and up to 6GB of RAM. Oh, and it has removable game controllers that can attach to the sides of the tablet, making the Vastking G800 look like a Nintendo Switch.

You can’t buy the tablet yet, but Vastking showed a prototype to Notebook Italia recently, and the manufacturer is looking for partners that could bring the tablet to market (probably under a different name). 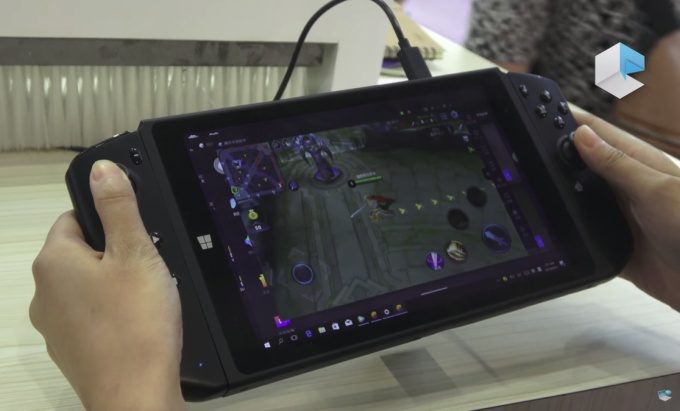 Like a Nintendo Switch, the tablet is designed to let you attach game controllers to the left and right side of the tablet for handheld use. But you can also detach the controllers and use them as wireless gamepads (they use WiFi direct to connect to the tablet).

Vastking says it can make versions with between 2GB and 6GB of RAM, and the computer has 32GB of built-in storage, but it can also use an SSD for more (and faster) storage.

Of course, you won’t be able to play Nintendo Switch games on the Vastking G800. And with an Apollo Lake processor, it’s not going to be able to handle high-end Windows games either. But as we learned from the GPD Win handheld gaming PC (which has an Intel Atom Cherry Trail processor), Intel’s last few generations of low-power chips can handle a surprising number of games.

Vastking hopes to sell the tablet for about $300 per unit… but that’s the wholesale price for customers that order 1,000 units. So expect the retail price to be substantially higher if and when this tablet comes to market.