Valve’s Steam Link app lets you stream PC games over a home network to a smartphone, tablet, or smart TV. The company released an Android version of the app almost exactly a year ago — but while Valve had also developed a version for iOS, it was rejected by Apple.

And since it’s not easy to install iOS apps if they’re not in the App Store, that basically meant Apple users were out of luck… until this week.

You can now download Steam Link from the App Store, which means you can now use the app on an iPhone, iPad, or Apple TV. 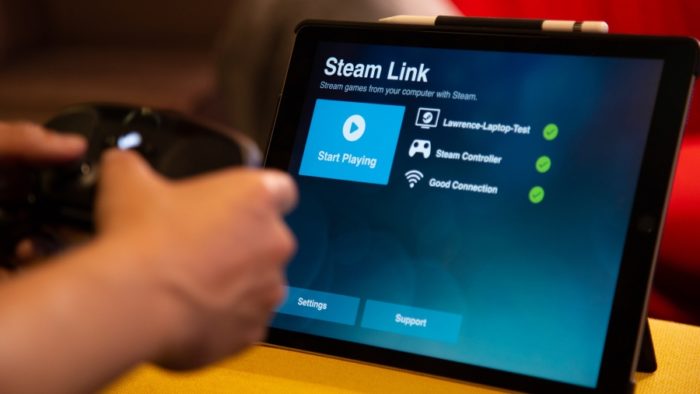 Keep in mind that this is for in-home game streaming. That means that in order to stream games, they’ll need to be installed on a PC that’s running Steam and connected to a home network.

Valve says you’ll need a device running iOS 10 or later, and the company recommends using a 5GHz WiFi router for your connection (and/or plugging in your computer via Ethernet if you can).

You’ll also probably want to use a wireless game controller with your iOS device.

So why is Steam Link finally available for iOS, a year after Apple rejected the app? Beats me. Valve has officially announced the availability of the Steam Link app for iOS, but there’s no comment on what, if anything, has changde since May, 2018.