Valve’s Steam game client has offered support for in-home game streaming for years. Fire up the Steam app on your gaming PC and you can stream games to any other device connected to the same home network… which comes in handy if you want to play on your laptop, but it’s not nearly as powerful as your gaming desktop.

Now Valve is getting ready to break out of the home network.

The company has introduced a new Steam Link beta that includes support for Steam Link Anywhere. It lets you stream games from your PC to any internet-connected device that’s running the Steam Link client. 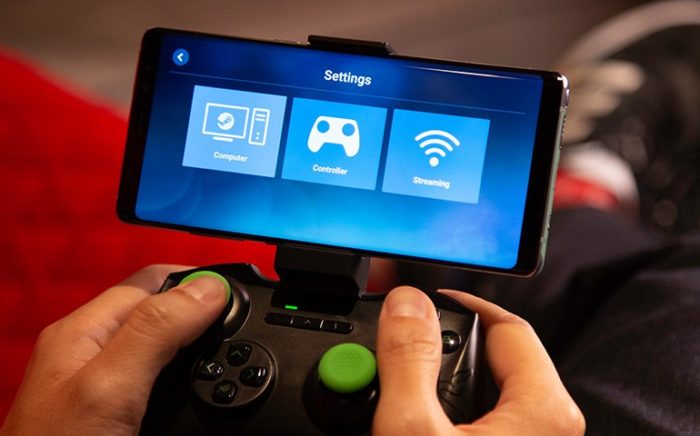 In other words, you can leave your gaming PC at home and stream games to your phone or tablet using the Steam Link app for Android. Or you can set up Steam Link on a Raspberry Pi and carry it with you. The credit card-sized computer is probably a lot more portable than your gaming rig.

If you managed to pick up a Steam Link hardware device before they were discontinued a few months ago, that should also work. And I wouldn’t be surprised to see an updated to Steam in-home streaming in the future that would let you stream games to PCs over the internet.

Unfortunately iOS users are out of luck. Valve tried to release a Steam Link app for iPhone and iPad, but it’s been blocked from the App Store by Apple.

Valve notes that Steam Link Anywhere is still in beta and may be buggy. And the company says your computer will need to be connected to a network with “good upload speed,” but it’s not entirely clear how good is good enough at this point.

But it’s not surprising to see Valve try to make a play for the game streaming market. NVIDIA already has its own game streaming service, and Google and Microsoft are expected to enter the space in the coming days.

via The Verge and /r/Steam

3 replies on “Valve’s Steam Link Anywhere lets you stream games from any PC, over any (fast) network”