Valve’s Steam Controller is a wireless handheld game controller designed for PC gaming… including PC games that you’d normally play with a mouse and keyboard. While it doesn’t have QWERTY keys, it does have two trackpads that you can use in lieu of a mouse, trackball, joystick, or steering wheel.

First announced in 2013 and released in 2015, the Steam Controller is now officially discontinued, with no replacement in sight.

You can still use one if you’ve got one though… and if you don’t already have a Steam Controller, now’s the time to buy one. Until stock runs out, Valve is selling the Steam Controller for just $5, which is 1/10th the original price. 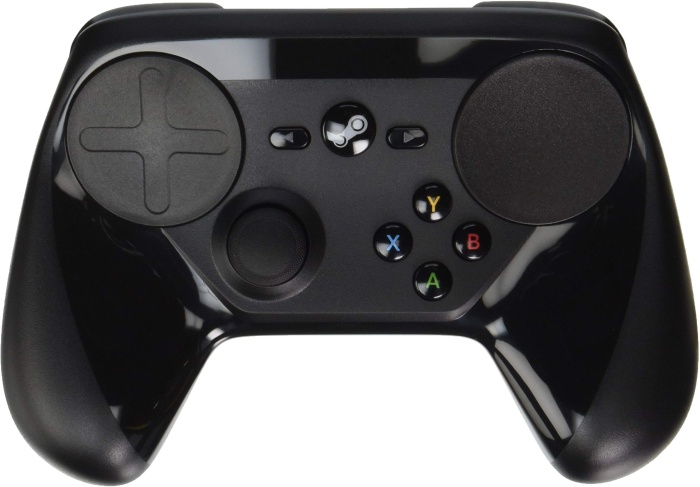 Back when Valve designed the Steam Controller, the company was also putting its weight behind the idea of Steam Machines — gaming computers that shipped with the Linux-based Steam OS instead of Windows.

Steam Machines never really took off as a product category and only a small percentage of folks who use Valve’s Steam game client seem to be doing so from Linux computers.

But the Steam Controller works with Windows too. It’s a highly customizable controller that has some devoted fans… but which can also be way more complicated to use than a basic Xbox controller.

The discontinuation of the Steam Controller comes almost exactly a year after Valve retired another niche device — the Steam Link game streaming gadget that let you stream PC games over a home network so you could play in a different room from your gaming rig. But Steam Link lives on in the form of a set of mobile apps for Android and iOS.

The Steam Controller will soon just be out of stock.

via The Verge and Hexus