VAIO launched the tablet in Japan earlier this year, after spinning off as a separate company from Sony. Now the Vaio Z Canvas is available for pre-order in the US, where it’s expected to start shipping in October. 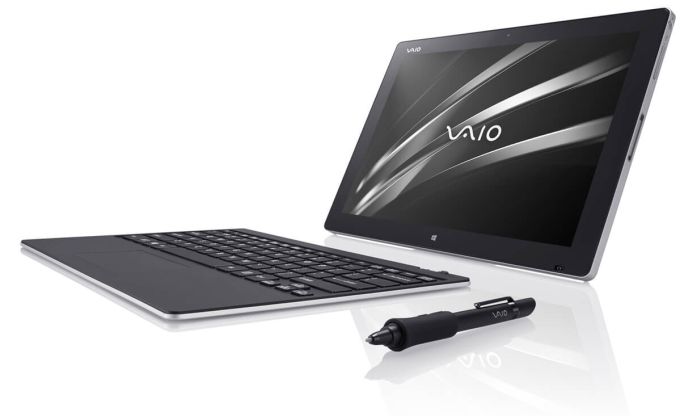 An entry-level model has 8GB of RAM and 256GB of solid state storage. If that’s not good enough for you, there are pricier options:

While the starting price is nearly 3 times the cost of an entry-level Microsoft Surface pro 3, it’s worth noting that a Surface Pro 3 with 8GB of RAM and 256GB of storage sells for $1549. Microsoft’s tablet also uses a less powerful Core i7 processor and the price doesn’t include a keyboard, which is sold as a separate accessory.

In other words, the VAIO Z Canvas may not exactly be cheap… but the price isn’t entirely out of line when compared with other devices on the market, especially when you consider the fact that VAIO’s tablet has a full-sized Ethernet jack, HDMI and DisplayPort (for connecting up to two 4K monitors), and full-sized SD card and USB ports.

On the other hand, the Surface Pro 3 is about to become old news… Microsoft is expected to launch its successor at an event in October.