Chinese chip maker Allwinner recently unveiled a platform for low-cost all-in-one virtual reality headsets called the Allwinner H8vr. While the company admits that its low-cost, low-power solution might not be able to handle heavy-duty VR games, it should be good enough for 360-degree video experiences… and did I mention it’s cheap?

Geekbuying is now selling one of the first headset to use the Allwinner H8vr system-on-a-module. The V3 all-in-one headset costs just $130, although you may be able to get one for as little as $100 if you order by June 15th and request a discount code. 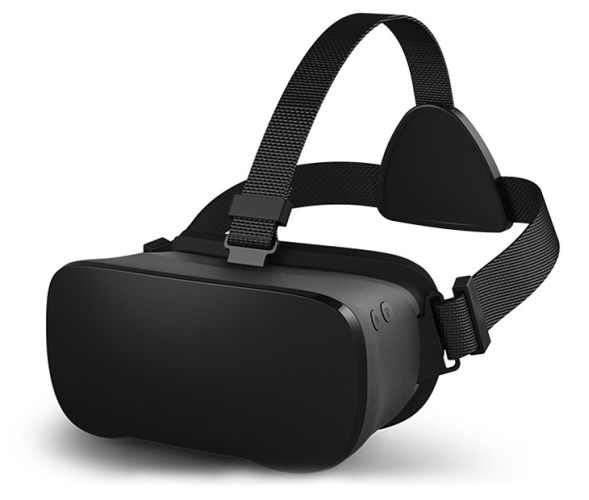 Unlike some cheap VR headsets, the V3 isn’t just a holder for a smartphone. This headset has its own processor, memory, storage, and display, which means you don’t have to insert and eject your phone or worry about lining up the display properly.

It’s not nearly as powerful as an Oculus Rift or HTC Vive, but unlike those headsets, the V3 doesn’t need to be plugged into a computer to function. And it’s substantially cheaper than some other Android-powered, all-in-one solutions.

That said, the V3 isn’t the cheapest all-in-one we’ve seen. That honor would go to the $80 Eny EVR01. But that model has a lower-resolution display, a smaller battery, and less RAM than the V3.

Here’s a run-down of the V3 specs:

I’ve been wondering for a while if there’s a future for this type of all-in-one headset if the hardware costs as much as a normal phone + headset. But it turns out I might have been asking the wrong question, because it looks like some models will be priced competitively with devices like the $99 Samsung Gear VR… which is really little more than a holder for a Samsung smartphone.

At this price point, it’s not hard to imagine that some people will invest in all-in-one headsets as an alternative to a Google Cardboard-style device that relies on your phone. Products like the V3 could be more convenient, and they conveniently have a hardware buttons and touchpads on the side of the headset to help you navigate through Google’s Android operating system.

But they may still be a step in the wrong direction: Google is preparing to launch a series of guidelines for hardware that the company deems compatible with its upcoming Daydream VR platform, and I suspect the inexpensive Allwinner H8vr platform may not make the cut. And that would mean that if Google’s platform takes off and attracts third-party apps and experiences, you may not be able to use them on devices like the V3.

Still, priced at $130 or less, it might be a tempting device just for watching 360-degree YouTube videos or normal HD movies on a virtual movie theater-sized display. It’s a lot cheaper than buying an 80 inch TV for you home.