Samsung’s $249 Chromebook is a notebook designed to run Google Chrome OS. But that’s not the only operating system that the laptop can run. We’ve already seen Ubuntu installed on the new Chromebook… and that’s just the tip of the iceberg. 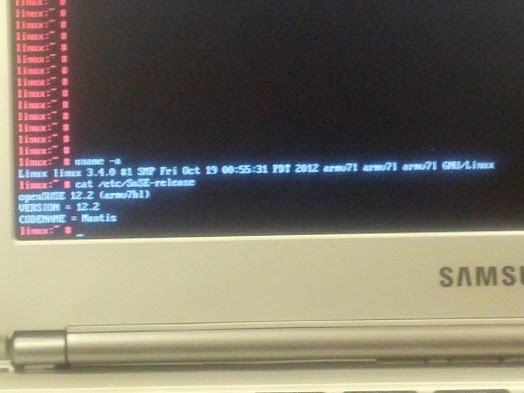 ARM employee Andrew Wafaa has ported openSUSE to run on the Samsung Chromebook. And developer Christopher Hewitt has figured out how to boot Fedora from an SD card slot.

Here’s another little secret: Chrome OS is actually based on Linux. Blogger George McBay has posted a guide for accessing some of the underlying features and installing software without affecting the Chrome OS user experience.

For instance, you can bring up a Linux terminal and install the Go programming language or other software. Under the hood the new Chromebook is running a specialized version of Gentoo Linux.

One of the key advantages to Chrome OS is that all of your settings, apps, and other preferences are automatically backed up online and synchronized with your other devices. If you start making changes to the Gentoo system you lose those synchronization features… but you keep the ability to use Chrome OS while also getting an opportunity to run some other Linux software.

While it doesn’t have as much storage as a typical laptop, it’s not a bad piece of hardware for $249 — even if you have no interested in the Chrome OS operating system.