A few years ago one of the key things that helped set Android apart from iOS was support for Adobe Flash Player. But Adobe officially stopped supporting Flash for Android in mid-2012, a growing number of online video and game sites have released mobile web pages that don’t rely on Flash, and by the time Android 4.4 KitKat rolled out, some users noticed that even if they tried to install Flash manually, it wouldn’t work.

So is Adobe Flash Player for Android dead for good? Nope. Not yet, anyway. 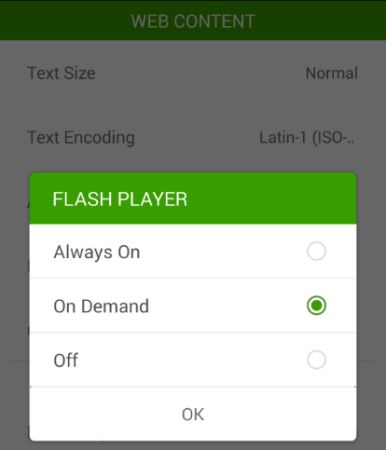 Developer surviveland discovered that the reason Flash doesn’t work in KitKat is that Google’s latest software is missing some APIs that Flash relies on. So he developed a hacked version of Flash Player which works without those APIs.

You can use the hacked Flash Player as a plugin for the Dolphin web browser to access Flash content on the web on a device running Android 4.4. While Flash support isn’t as important these days as it was a few years ago, there are still a handful of websites that rely on the plugin even when you visit in a mobile device, and this hack provides another unofficial stay-of-execution for Flash on Android.

Download links and installation instructions are available at the xda-developers forum.

13 replies on “How to use Adobe Flash Player with Android 4.4”