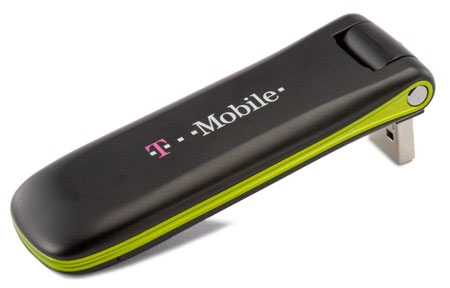 According to DigiTimes, notebooks, eBook readers, slate PCs, and other devices with built-in 3G modems could start to outsell USB 3G modules by 2012. We’ve definitely seen a growing number of netbooks and larger notebooks with integrated broadband modems in the past year or two, and most of the major wireless carriers are now selling subsidized notebooks to customers that purchase a data plan to go with it — much the way they’ve been selling 3G USB modems for the past few years.

There’s no doubt that an integrated 3G modem is a more elegant solution than carrying around a separate modem just to get online. But there’s a major advantage to the two-piece solution: It’s not tied to a single device. USB modems can be paired with multiple computers. And we’ve seen the introduction of the MiFi and other devices that are essentially portable mobile broadband  hubs, allowing you to connect multiple computers to a 3G or 4G data streams over a WiFi connection.

But you know who really cares about being able to connect multiple computers to the net with a single modem? Geeks like you and me. And while we’re definitely part of the target market for 3G modems, let’s be honest: Most laptop users buy a single computer and use it for a couple of years before replacing it. An integrated modem is probably a better deal for those customers. But I think I’ll be keeping my USB WiMAX dongle for now.