If you’ve bought a computer in the last year or two, odds are that it has at least one blue USB port on it, signaling that you’re looking at a SuperSpeed USB port capable of data transfers up to 5 Gbps.

That port’s going to start looking dated soon. The USB 3.0 Promoter Group just approved the new USB 3.1 specification — and it supports data speeds up to 10 Gbps. 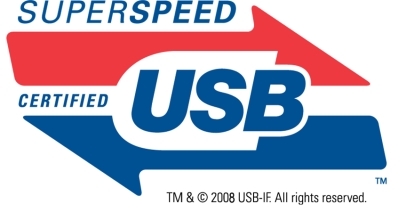 For reference, old school USB 2.0 connections can only handle data transfers up to 480 Mbps — which was a huge improvement over USB 1.1, which topped out at 12 Mbps.

Long story short, data transfers between your PC and USB flash drive or hard drive are going to get a lot faster in late 2014 or so — but they’re already way faster than they were a decade ago.

USB 3.1 will be backward compatible with older devices, so just because a system has a USB 3.1 port doesn’t mean you won’t be able to plug in a USB 2.0 flash drive to transfer data. It just won’t be as fast as it could be.

Incidentally, Intel’s latest Thunderbolt technology is capable of even higher data transfer rates of up to 20Gbps, but it’s a more expensive technology which is less likely to be widely adopted by companies that aren’t called Apple.